March 2019 Employee of the Month 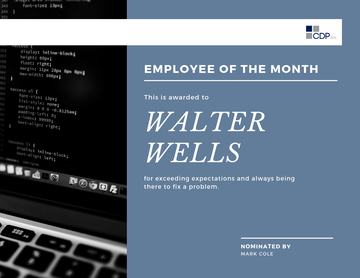 Congratulations to our March 2019 employee of the month, developer and CMS team lead, Walter Wells. His nomination came from Mark Cole.

“I would like to recognize Walter’s hard work this month… After quite a bit of research [into an issue] and some outside help from Jonathan, we implemented some updates that… turned out to just be band aids that helped but didn’t alleviate the problems. Walter took one of his weekends and totally recoded [a feature] and after programmer testing and QA approval we implemented the changes… the problem was fixed.

Walter wears a variety of different hats every day that he comes to work and in this case he put on his hard hat.”